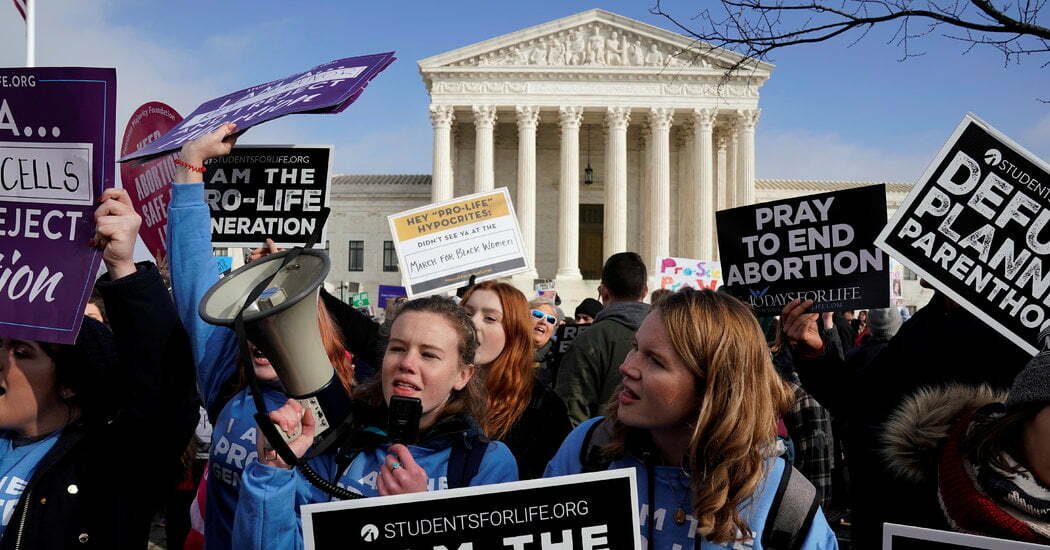 A Federal Judge Has Defied the Law to Protect Abortion

A Federal Judge Has Defied the Law to Protect Abortion

Honestly, after two years of nationwide injunctions, ludicrously multiplied standing policies, and blatant brush aside for precedent, it’s grown to be tough for the judicial #resistance to marvel. If there’s a Trump regulation they can block — at least briefly — they may achieve this, sound reasoning is damned. But even my cynical heart obtained a jolt at the sheer brazenness of Judge Stanley Bastian from the Eastern District of Washington.

Yesterday he issued (sure, of direction) a national injunction blocking implementation of the Trump administration’s new Title X guidelines — policies that were a milder model of the Reagan administration’s so-referred to as “gag rule” in opposition to abortion counseling using Title X recipients. Whereas the Reagan rule prohibited Title X projects from counseling or referring for abortion, the Trump rule limits the referral. Both the Trump and the Reagan regulations required a bodily and economic separation of Title X projects from abortion-related activities.

But here’s what makes Judge Bastian’s decision so brazen. The stricter Reagan policies were upheld with the aid of the Supreme Court of the United States in Rust v. Sullivan, one of the seminal abortion selections of the Rehnquist Court. The Court stated that Title X itself states that “none of the budget appropriated beneath this subchapter shall be utilized in programs where abortion is a way of own family planning” and then held that the Reagan rule — which, once more, prohibited even abortion counseling — “it appears that evidently permit[ed] the Secretary’s creation of the statute” and that the management’s break with past regulatory exercise became supported via “reasoned evaluation.”

Given this one-factor Supreme Court precedent, you will assume that a decision contradicting it’d have interaction in looking analysis of why the Court’s ruling doesn’t govern the case.

The Affordable Care Act, as an example, does incorporate provisions prohibiting policies that “interfere with communications concerning a complete variety of treatment options between the patient and the issuer” or that create “unreasonable barriers to the ability of individuals to attain suitable hospital treatment.” But the ACA does no longer disturbs Title X’s prohibition towards use in applications “wherein abortion is a method of the family making plans,” which is the important thing language the Supreme Court used to uphold Reagan’s rule.

Oddly sufficient, Judge Bastian held that the administration’s law “likely violates the valuable cause of Title X, that is to equalize get right of entry to comprehensive, proof-primarily based, and voluntary own family making plans.” Yet that “central reason” is unchanged, considering that Rust was no obstacle to Reagan’s rule.

He called the Trump rule “arbitrary and capricious.” Although the Supreme Court referred to as the Reagan rule, “it appears that evidently allowed.”

As a general rule, it’s far some distance greater top-rated to legislate than to adjust; however, while the Supreme Court has specifically upheld remarkably comparable guidelines — or while a president is acting according to unique congressional delegations — it isn’t the function of a mere district-court decide to wave away precedent. It is especially no longer the position of an insignificant district-courtroom decides to increase his reach from coast to coast.

Moreover, given the exceedingly glacial tempo of even injunction litigation, this same district-court choose knows that he could have his way for months on give up as the case winds its manner through appeals and as the clock ticks down on Trump’s first term. Thus, judicial overreach and judicial delaying approaches are actually the new ordinary.

Our kingdom is shifting deeper into rivalry, division, and stagnation. Thanks to precedents being set now, look for this pattern to copy itself over and over. Activists and legal professionals widespread from opposing parties will race to favorable jurisdictions, block disfavored regulations, then try to keep on for expensive life for month after month until the next election.

There has been a high-quality deal of hand-wringing (especially on the left) about America’s allegedly “undemocratic” establishments. The Senate is under fire now. So is the Electoral College. But I see without a doubt no hand-wringing from those equal people. At the same time, unelected district judges defy statutes drafted by the democratically elected Congress or rules crafted with the aid of a democratically elected president.